Six in the Head 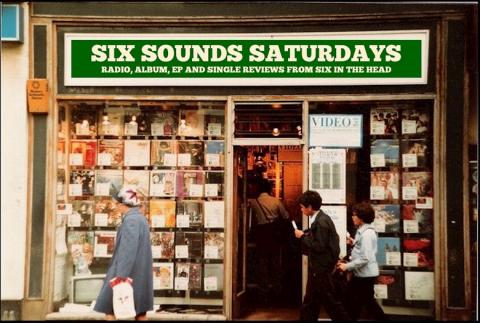 The Tabletop Gaming Magazine Nobody Asked For. Tabletop gaming, hobby, music and messing around.

We're finally back so let's just cut to the chase...

For queries, questions and contributions email sixintheheadzine@gmx.com or find our Twitter using the link at the bottom of the page.

A live audio-visual mix combining experimental music, art, tweets and memes, @Techbot’s The Concept Mixtape is part DJ set, part mixtape and part emergency broadcast from a basement in Amsterdam during the collapse of civilization. Does its conceptual approach work or is the whole thing a jumbled, incoherent mess?

Now on Episode 12 (available to view along with all previous episodes through @Techbot’s Twitter feed) each show is presented as a concept album, with a particular theme holding everything together and either inspired by topics like self-isolation, revolution or celebrating/showcasing a particular record label.

From a musical point of view the show covers pretty much everything – hip hop, punk, ambient, jazz, metal, vaporwave, Japanoise, classical – but don’t let this put you off. It’s all presented in a seamless mix during which you’re never quite sure what’s going to come along next but you’re more than happy to stick around to find out because the whole thing is so well crafted. This is by no means a jumbled, incoherent mess.

Another one of these positive, creative endeavours I question whether we would have seen at all were it not for COVID-19, The Concept Mixtape does wear its politics very much on its sleeve – we’re talking the anti-Spotify, anti-Capitalism, pro environment, pro Palestine variety here. So whether or not you like that kind of thing plastered overtly across your entertainment time will factor in to how much you enjoy this experience. Personally I thought it added a good, ‘underground’ aesthetic to the show. That’s not to belittle the topics concerned – of course they're important – but you get the feeling you might be watching some kind of revolutionary political broadcast during which the Feds might break down the door and seize the equipment at any moment. This is very much not your average radio show and for that I applaud it.

Most episodes run for about an hour to two hours long although the latest pushes just over three hours.  That’s not something I would be a fan of on a regular basis because that’s a hard commitment to make in terms of regular listening. For me, an hour is too short for a radio show, two hours is just right and at three hours I need to start rearranging my diary. And there’s not even anything in my diary.

I recommend checking out The Concept Mixtape if you’re looking for a new and interesting listening/viewing experience during these, ‘difficult times’. Of all the radio and live streams I’ve dabbled in during this period – and by ‘this period’ I’m talking about viruses, civil unrest and global catastrophes – this one feels very much inspired by what we’re going through and isn’t shy in trying to say something about it in a compelling and captivating way that never comes off as contrived. It’s the sort of multimedia-driven entertainment that you would expect the characters to be enjoying in The Matrix or Total Recall except it isn’t – this is the real deal and it’s happening right now.