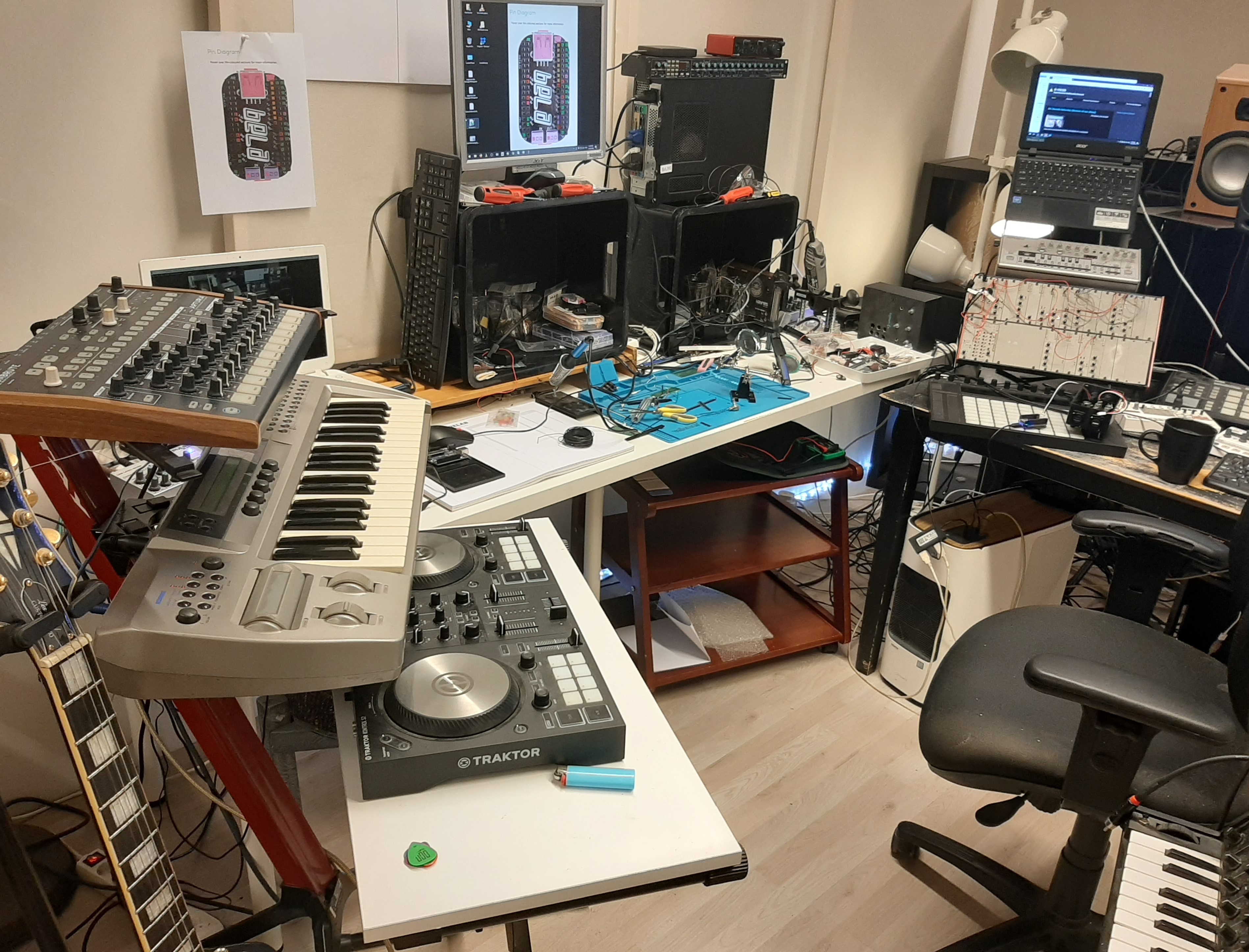 In anticipation of a bela Salt for the Hybrid Eurorack Modular we've started, I dug up the unfinished TRumBela project and cleared some space for some DIY over the next few months. I embedded two usb adapters to the casing to allow the internals get connected to laptop or midi controller without cables protruding from a drilled hole. I'll solder a few knobs today to make sure everything still works and then complete the project a little bit each day.

So after getting so far. I've decided to get another box(two actually) and rebuild the casing. It's way too tight but I can easily move the two interface buttons and knobs to the side of the casing leaving a lot more room for the actual instrument buttons and knobs.

I reckon I had the drill set too fast and it melted some of the plastic instead of simply drilling it.

I design a frame to hold the drill steady because I totally destroyed the first box as the drill slipped across the box numerous times. Turned out all I needed to do was put some masking tape with a little dent in it to place the drill.

So what I really need is a stepped drill bit to ,make the large usb adapter holes.

I found out what the plunge thing for the dremil drill actaully does and it's not what I'd hoped for. Nonethless it might be useful for making casings when I 'm a bit more skilled.

The stepped drill bit arrived today.
I've set aside a bit of space for a drilling area, in the hope of keeping the soldering and assembly area cleaner.
I should have the fx box assembled over the next day or two.
Expecting the S.A.L.T tomorrow so i'll have two boxes to code 😎 pic.twitter.com/KBGag1CJmM